Berkeley’s Late Rally Not Enough To Capture 3A State Title 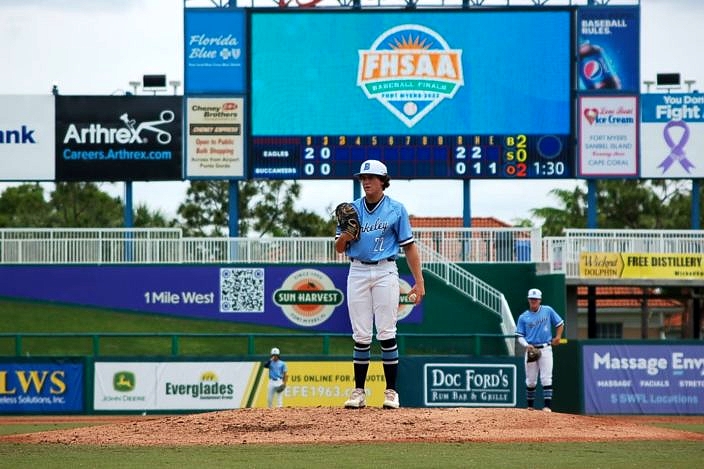 Rivers Kurland was brilliant for most of the day, but a tough first and sixth inning proved to be the difference-maker.

After leading the 4A class a year ago, the Eagles finish as Florida’s best 3A team in 2022 following a 5-3 victory over the Berkeley Prep Buccaneers. The win caps off an up and down season that tested the Eagles in every way imaginable, including a rough spot in March where the club went 3-5 over a 14-day period. Manager Brian Campbell knows what it takes to win it all, and saw his team fight through the adversity and turn back into a championship-caliber squad overnight.

“They stay the course,” Campbell said. “There were tough times in our season. We had a little rollercoaster there for a bit. We had a two-week stretch that we weren’t playing very good baseball, but the boys kept working. They never gave up. They kept grinding. They always believed they could get here and win. It was never a fairytale that we could come here and win; they truly believed it. That’s contagious.”

Down the stretch, North Broward knocked off some quality teams. They took down Gulliver Prep in the regional semis convincingly and mashed 11 homers against Westminster Christian in the final. Getting by Cardinal Newman with just one run might have been the defining win of the year in the state semis, and Berkeley is well-regarded as one of the best teams in the state. A strong coaching staff prepared the Eagles for the rigors of a championship season, Campbell wouldn’t want to do it with any other group of guys.

“My coaching staff right now is the best group of men I could ever put together,” he said. “Not only baseball coaches but men. We’ve been together for a long and been through those rough times together too. So, to get here with them and the work they put in away from their families, that is very, very special to me.” 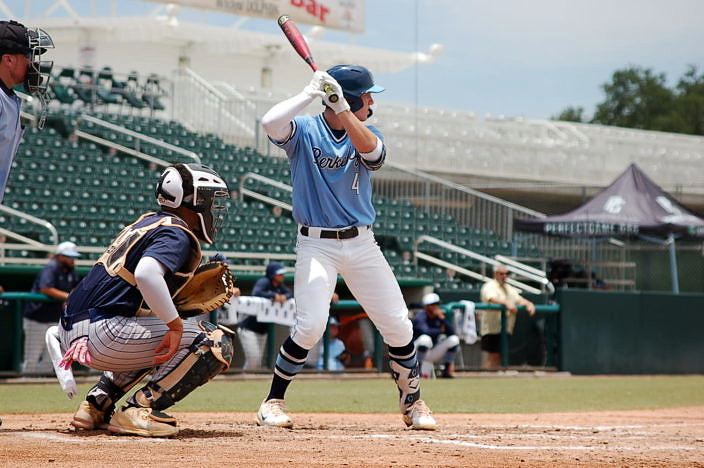 Cade Kurland went deep in the fifth to give the Buccaneers their first lead of the game.

Both teams went with young arms in the state final. North Broward threw sophomore Ryan McPherson, a Mississippi State commit, and Berkeley had freshman Rivers Kurland on the mound. McPherson was better in the first, letting his offense do the talking by getting him an early two-run lead. Yoel Tejeda Jr. drove in one on a sac fly, and an error from Kurland’s brother, Cade, at shortstop scored the other run. Then, R. Kurland settled in and retired 13 straight.

McPherson finally broke in the fourth. A leadoff single was an omen of things to come and Gunnett Carlson broke the shutout with a double to center field. Freshman Joseph Troupe rocked a pinch-hit triple to tie the game up later in the inning, but McPherson did manage to keep the tie in place. C. Kurland came up big in the fifth with a home run that served as an apology to little brother and gave the Buccaneers their first lead of the day with only two innings to play. That lead wouldn’t hold up for long, though.

A leadoff double and walk came back to haunt Kurland after he left a ball in the wrong spot to one of North Broward’s most clutch hitters, Riley Luft, who sent his third ball of the weekend into the gap in left-center. Luft said he was just thankful for the opportunity to get his team back in it, and McPherson can’t thank him enough for bailing him out.

“I didn’t have the best innings,” McPherson. “I gave up that home run and of course, I felt down, but I realized all my teammates came up to me and said we’ll get you next inning. And they did, of course. I believed in them the full way and they just came through, so I’m happy about that.”

After Luft tied it up, Andrew Cutler forced an error on a soft ground ball hit back to the pitcher. The Bucs would get a double play to limit the damage, but not before another run scored to give North Broward a late two-run lead. Kurland took the moment as more of a learning experience than anything.

“I was just throwing it and letting them hit it,” Rivers said. “Seeing what they can do, and the next inning I lost command a little bit. Went down 3-0 to the first guy and had to throw him a fastball. A good hitter got a hit, and then I got the one out. Then, I’m 0-2 on a good hitter, Riley Luft. I threw him a fastball and he put a great swing on it, and that’s my fault. I’ve got to get better, but you learn from it and we’ll be back.”

Jonathan Xuereb closed things out for the Eagles with a 1-2-3 sixth and a one-hit seventh. He also scored the first run of the game for North Broward and went 2-for-4 in the game to help his own cause. Ever the team player, Xuereb attributed his success to his teammates and said they made it easy for him to be arguably the team’s most valuable player this season.

“Every time I go out there, I just try to be happy and just have fun out there. I think the only time I didn’t smile on the field was when I was pitching in the last inning because I was just trying to focus. But, I think that it’s because of everybody on this team that I played to my potential. That helped a lot. “ 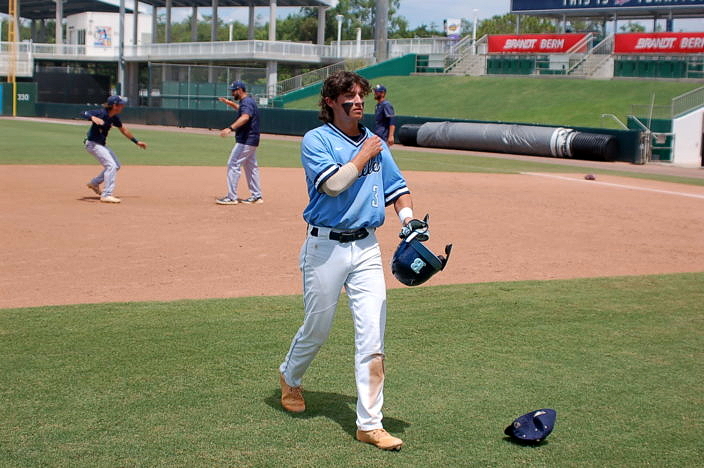 Despite two hits on the day, senior second baseman Anthony Castillo walks off the field in disappointment as North Broward Prep celebrates.

It’s a disappointing finish for a Berkeley team that had all of the pieces to get over the hump, but the little things didn’t fall in place for them in this one. While underclassmen and non-seniors like Rivers have a few more years to work on things and avenge the loss, the seniors leave the program just shy of the ultimate goal. Bucs manager Richard Warren knows first-hand from several trips to the final four what it’s like to taste defeat at this stage, and he felt for his seniors following the loss.

“Obviously, our seniors have stepped up for multiple games this year and put us in this position,” Warren said. “The seven guys leaving our program, you know, they’re leaving as runner-ups. It’s a heck of an accomplishment for our program. I just wish we were a couple of runs better today.”

The Buccaneers will need to figure out a new plan at some positions next year too, including shortstop with Cade Kurlands moving on to the University of Florida a year early with hardly any record left to set at Berkeley.

“He’s been our starting shortstop since the seventh grade,” “I don’t know how you replace him. You try to fill the void and replace him. He leaves our program probably as the best player to ever wear a Berkeley uniform and now has the single-season home run record to add to all the other offensive records that he established this year. It stinks to lose him a year early, but that kid has a heck of a bright future ahead.”

On the other hand, some of North Broward’s team has only known winning and will get the chance to keep up things up as upperclassmen. The Eagles started six sophomore and juniors on Wednesday, so the future is still bright despite winning it all the past two years.

“It’s a crazy feeling,” Mcpherson said. “Last year, I didn’t get to play, so it feels a lot better to be part of the team and to actually play. I feel a lot more accomplished. TO go back-to-back is a once in a lifetime chance, and hopefully, we get the chance to go three back-to-back.”

Campbell, who’s been at this for two decades now, isn’t looking that far ahead yet. It’s hard enough to make it to Fort Myers, and finishing it off twice deserves some proper reflection.

That said, it’d be hard to imagine the sign that reads “140 miles” (the distance between Hammond Stadium and North Broward Prep) missing from the dugout next season.