Dunedin Falls In 4A Semifinal 7-6 To North Broward Prep

Written by Anthony Uttariello on May 25th, 2021 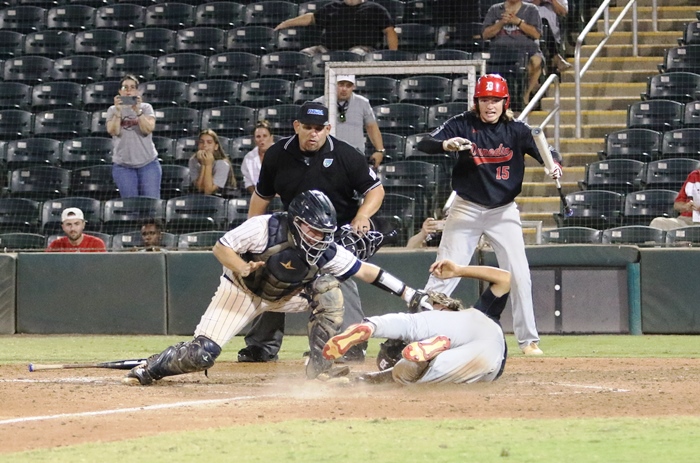 The 2021 version of the North Broward Prep Eagles have been a resilient bunch, and on Monday the cardiac kids once again tested the hearts of their fan base.

Spotting Dunedin five runs in the first two innings, the Eagles then rallied, as they have done throughout their playoff run, and scored a thrilling 7-6 win, pushing the team one win from the first state title in the program’s history.

“This team has developed this never-say-die mentality as the season went on, and they had that fire again tonight,” said Eagles Manager Brian Campbell. “It doesn’t matter how far we fall behind, these guys just never feel like they are out of a game. It was just another example of how they all play for each other.”

The game started out rocky for NBP. The team has been led by co-aces Yoel Tejada and Shane Huntsberger throughout the playoffs, and Campbell decided to go with Huntsberger on the mound, with Tejada having gone deep into their regional final game just four days earlier.

Dunedin was able to put up five runs in the first two innings, leading Campbell to go to Tejada in the third. From there, Tejada threw five innings of shutout ball, giving the Eagles offense time to mount their comeback.

“Shane didn’t have his best stuff today,” said Tejada. “But he has been great for us all year. So I just knew I had to come in and pick him up. That is what we are all about. When one of us is down, someone else steps up on that day.”

The Eagles got two runs back in the bottom of the second to cut the lead to 5-2, but the offense was growing frustrated as the Dunedin defense worked out of several jams with big double plays.

“We were hitting balls hard all game, but it seemed early like every time we tried to do something, they had a guy right there ready to make a play defensively,” said Campbell. “I knew we were going to have a chance to score some runs later in the game, it was just a matter of some of those balls finding holes.”

In the sixth, the Eagles got one run back off Falcons starter Trey Beard. The left-handed sophomore worked 5.2 innings, allowing only the three earned runs before giving way to reliever Jessiah Branch. 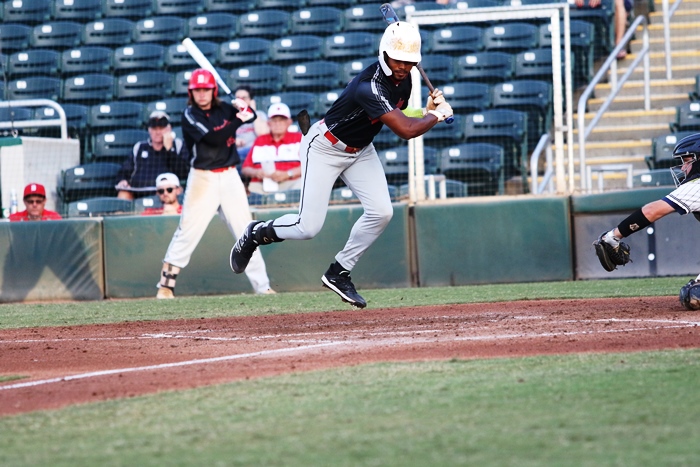 The Eagles offense, facing elimination in the bottom of the seventh, had one final stand left in them. Clancy Marsh led off the inning with a single, and a one out Tejada double scored Clancy and put the tying run on second.

After a wild pitch moved courtesy runner Wyatt Moss to third, Ty Richman hit a ground ball to short, and hustled down the line to beat the double play attempt. Suddenly the eagles had new life with the score tied at five.

“When we got the game tied there in the seventh, we felt good about our chances to win,” said Campbell.

In the top of the eighth, however, the gritty Falcons put together a rally of their own, reclaiming the lead on a Marcus Brodil RBI single.

Again facing a deficit, the Eagles offense rallied one more time. Riley Luft doubled to lead off their half of the eighth, and after Luft advanced to third on a wild pitch, Kobe Benson became the latest Eagles batter to play the role of hero, lining a single to left-field, and tying the game at six.

“We just fought too hard to come back in the game for us to lose at that point,” said Benson. “With a runner in scoring position and less than two outs, I was just looking to hit the ball hard somewhere and get the run in however I could.”

With the game tied, Dunedin escaped the jam and sent the game to the ninth. Tejada allowed a single, but catcher Dylan Runsdorf ended the inning by throwing out Noah Bukolt attempting to steal second.

That set the stage for the final act of the night from the North Broward offense. This time around, it was Jonah Diaz and Josh Steidl’s turn to come through.

Diaz walked and eventually stole second. After a strikeout, Steidl lined a ball towards the right-center field gap, bringing in Diaz with the winning run, and setting off a celebration in the Eagles dugout and stands.

“We have so much trust in one another,” said Benson. “It doesn’t matter who is at the plate or on the mound, we know that we all have the ability to come through when we need it. Tonight we showed that again, with a bunch of different guys contributing to the win. Now e just have one more to go.” 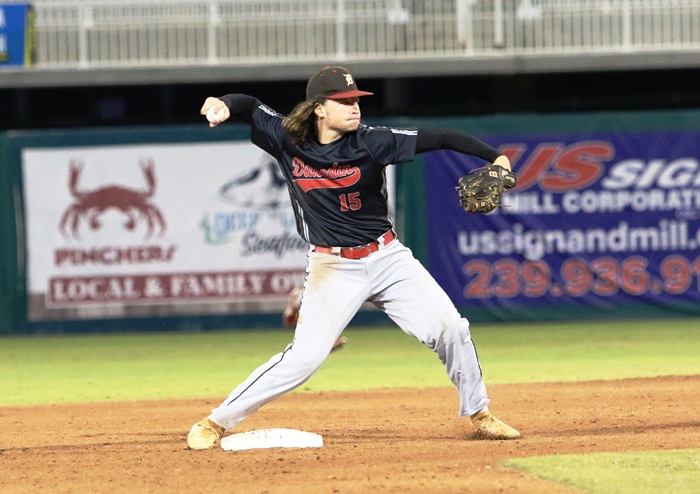 The Eagles have won all five of their playoff games by one run.

“We just have a knack for finding a way to win these one run games,” said Cambell, who is seeking his first Eagles title in his third trip to the state Final Four.

“The thing about all three of the teams we have come up here with, is they were all great kids and played team baseball,” said Campbell. “I told the 2011 team, and also the 2014, that even though they didn’t win a state title, that they would be just as big a part of it when we won one, because they laid the foundation. Hopefully tomorrow, we can continue to do what we have been doing throughout the playoffs, and finally win that title for the school.”

On the other side, the Falcons were left to wonder what could have been after taking the early 5-0 lead, but they were reflective of how far they have come.

“A few weeks ago, we were just a .500 team,” said Manager Kevin Kearns. “To look where we were back then, and then to see where we are tonight, playing in a state final four, our kids don’t have anything to hang their heads about. We gave it our best shot today, and in the end, they were just a little better than us on the scoreboard.”