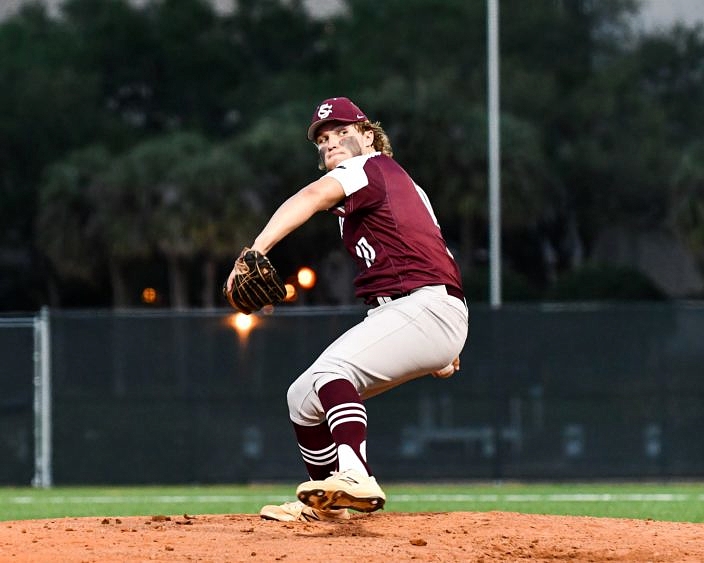 Ben Cheek went the distance on the mound to lead Seffner Christian to the home victory on Thursday. *Photo from @scacrusaders.

The Seffner Christian Crusaders returned to their winning ways on Thursday, with a 2-1, walk-off decision over the Foundation Christian Panthers. Senior ace Ben Cheek went the distance on the mound, while Spencer Boynton and drove in the winning run. The Crusaders improved to 14-3-1, after having their 11-game winning streak snapped by the Inspiration Academy Lions on Monday.

Cheek was his usual dominant self. The University of Tampa signee limited the Panthers (11-3) to just two hits and a walk, while piling up 10 strikeouts. Cheek improved to 6-0 on the season, with 58 total strikeouts and a minuscule 0.31 Earned Run Average.

Avery Cherry was 2-for-4 with a double, the only batter with multiple hits. Jake Foster drove in the other Crusaders run.

Foundation Christian sent its ace onto the mound to counter Cheek, and senior Carson Kull proved up to the task. The right-hander also went the entire way for his team, allowing two earned runs on six hits and three walks. Kull had six strikeouts, and fell to 2-2 on the year.

Caden Kull singled and later scored off an RBI from Nicholas Fraraccio for the Panthers’ only run.