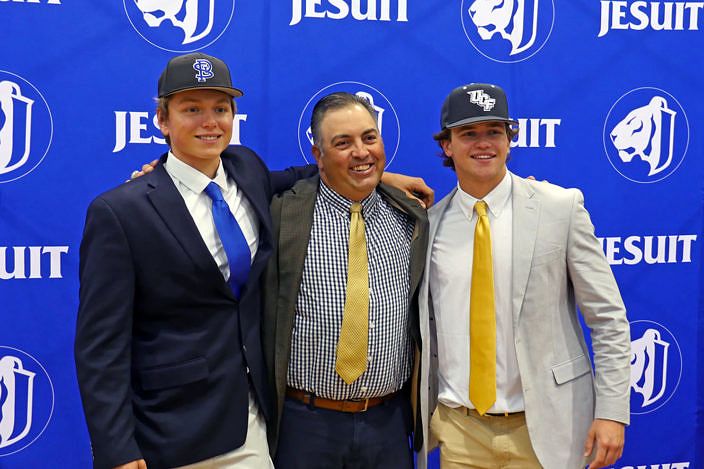 As much as he enjoys winning baseball games, Jesuit Tigers Manager Miguel Menendez admits that nothing compares to Signing Day for him. On Wednesday, the Tigers celebrated two more members of their team signing their college letters-of-intent. Gavin Sissel signed with St. Petersburg College and Kris Sosnowski signed with the University of Central Florida, along with two classmates who signed in other sports during a ceremony at the school.

The two join a large senior class of Tiger signees, after eight members of the baseball team signed together back in November. With Wednesday’s signings happening during baseball season, Menendez reflected on what it feels like to see these two players sign after he is around them everyday and watching the many ways they are helping the #1 ranked Tigers.

“In some ways, this feels even better than in the fall,” Mennedez said. “Most of those guys in the fall had committed for a while now and they knew where they were going, in some cases, for a year. With Kris and Gavin, it feels good knowing that as their senior year is winding down they were able to find a fit both athletically and academically that was right for them.”

Certainly, they have been the right fit for the Tigers. Jesuit is not only ranked #1 in Tampa Bay, but also across the entire state of Florida. Although used sparingly, Sissel has a 0.00 ERA with three strikeouts over two innings as part of a deep Jesuit pitching staff. Meanwhile, Sosnowksi has emerged as a force out of the bullpen, with a 0.24 ERA and 33 strikeouts over 29 innings. Although he has not made a start all season, Sosnowski has a 5-0 record.

“Kris has been outstanding this year for us, and I think that is what really propelled him to get the interest he did,” Menendez said. “In think, in the end, UCF was close to home and it doesn’t hurt that two of our other guys are signed with them as well.” 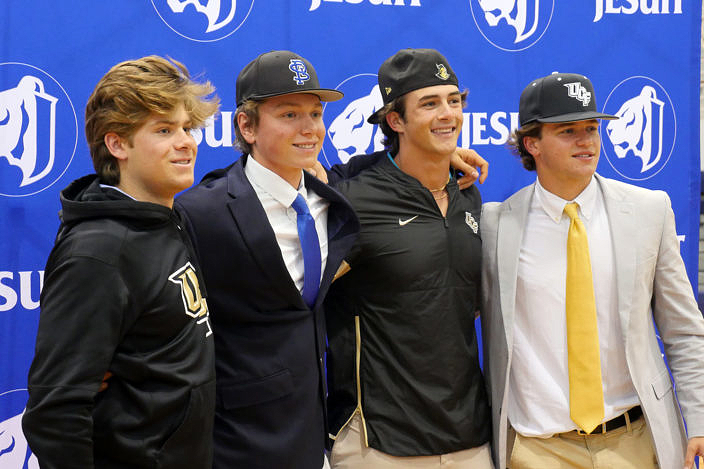