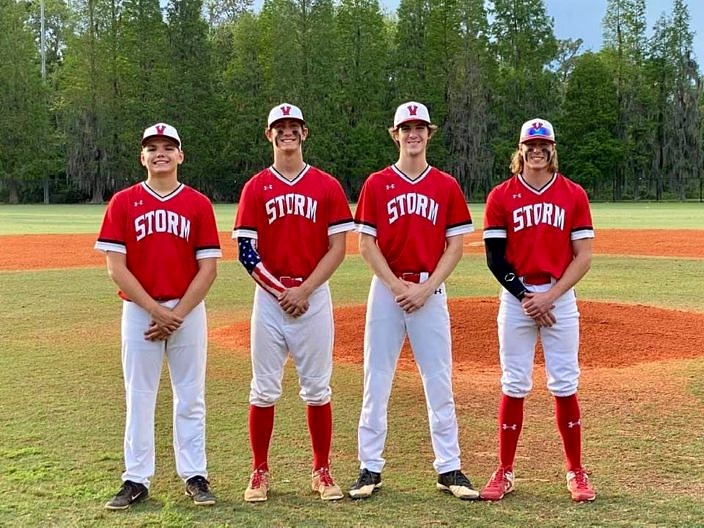 It was the perfect formula and it worked out to perfection. The Victory Christian Storm enjoyed great weather that allowed for a Senior night celebration that was then capped off with a big win led by those seniors, as the host Storm won 24-6 over the Grace Christian Patriots on Monday night. Storm seniors Carter Timmons, Aiden Schrock, Caleb Whittenton and Tyler Vanderzee all played large roles in the victory, and Timmons earned the complete-game victory on the mound.

While traditionally Senior Night is celebrated right at the end of the regular season, a vast many schools across the state have moved the event up this season amidst the uncertainty of the COVID-19 pandemic. After the abrupt early end to the 2020 season, which in turn spoiled all Senior night plans, most clubs did not want to risk the chance of something like that happening again.

The Storm (5-6) picked the perfect day, as all the pieces unfolded exactly how it should. Timmons recorded four strikeouts in four innings as he improved to 2-0 on the season, while both Schrock and Whittenton scored three runs each. Tyler Vanderzee had a big day at the plate in collecting three RBIs and scoring three runs while going 1-for-2 with two walks. 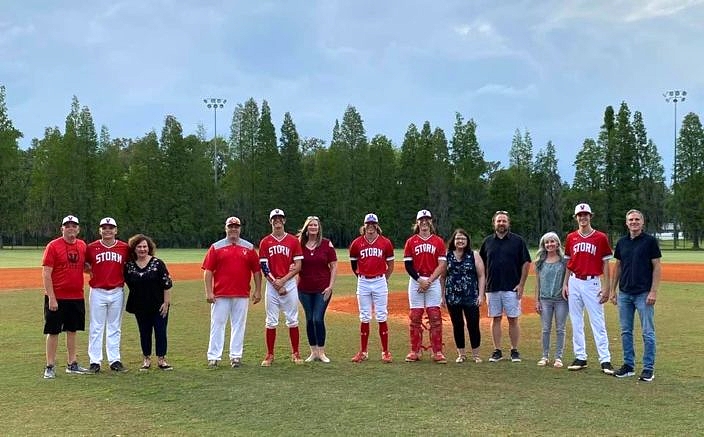 The Victory Christian 2021 seniors with their families and manager Alex Santiago. *Photo courtesy of DeronKarla Collins.

Following the event ceremony and festivities, the Patriots (0-3) jumped out to quick 2-0 lead in the top of the first inning. But Victory Christian stormed back with a monster, 10-run frame in the bottom of the first. The Storm batted around the order and sent 14 hitters to the plate in all during the big turning point.

It was the first game back in action for Victory Christian following Spring Break. The Storm won their second straight as they look to build some momentum heading into some tough games against Foundation Christian, All Saints Academy and Santa Fe Catholic.