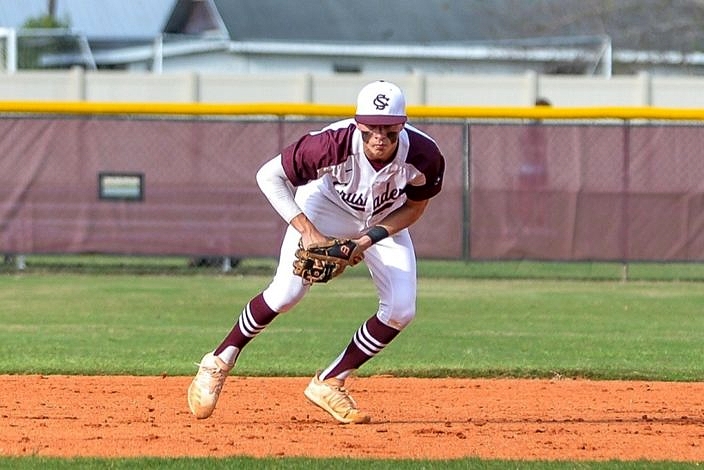 The Crusaders’ defense was perfect for an error-free day in support of ace Ben Cheek n the mound. *Photo from @scacrusaders.

If you are a fan of close, low-scoring baseball games, Thursday’s afternoon tilt at McKeel Academy was just your style. A battle between two aces saw both hurlers go the distance, with the visiting Seffner Christian Crusaders earning a 1-0 victory over the host Wildcats.

Seffner senior Ben Cheek picked up the victory following his complete-game shutout. The right-hander needed just 80 pitches to pick up his third win of the season, as he scattered five hits and recorded six strikeouts. Cheek (3-0) did not walk anyone.

The Crusaders (5-2-1) played flawless defense behind Cheek, and did not commit any errors.

With so few scoring chances for his offense, McKeel ace Sawyer Hawks did his part in doing the same to the Seffner offense. Hawks also went the entire way on the hill, and he also did not issue any walks while allowing five scattered hits. The senior had 11 strikeouts.

Garrett Porter supplied a sac-fly RBI that scored Clay Odiorne for the lone run of the game, in a well-executed offensive series in the top of the fifth inning. Odiorne led off the frame with a double to right, advanced to third base thanks to a sacrifice bunt from Connor Loomis and then came in when Porter got the ball deep enough to left field.