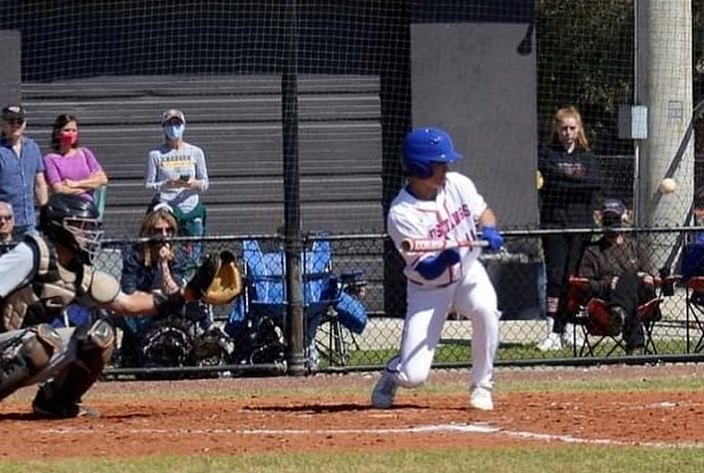 Northside Christian scored all of its runs early on, after falling behind by three runs in the top of the first. *Photo courtesy of @ncsmustangs.

Saturday’s battle between the visiting Shorecrest Prep Chargers and host Northside Christian Mustangs highlighted everything great about baseball. After an offensive explosion to start the contest, tight pitching and good defense helped to finish it off, as Northside Christian held on for a 6-5 home victory.

The Mustangs (1-0) scored all of their runs in the first two innings, erasing an early deficit to lead the rest of the way. The Chargers (1-2) fought their way back to pull within a run, but junior reliever Ryan Cerrone shut the door to preserve the victory.

Junior Cam Salter led the way for the Mustangs, going 2-for-2 with a double and a triple, while also drawing a walk and scoring a run. After Northside tied things up at 3-3 with three unearned runs in the bottom of the first, Salter scored the go-ahead run, after leading off the second with a double and later coming home on a passed ball.

Cerrone increased the lead with an RBI single past third base that drove in Anderson Zambrano, and Zach Johnson scored thanks to a sacrifice fly off the bat of Jake Cappock. 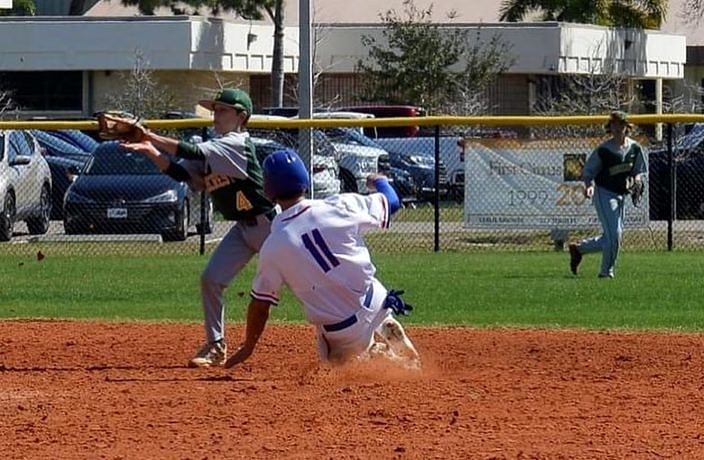 Shorecrest Prep refused to go down quietly. With two outs in the top of the fourth, the Chargers scratched across a run to cut into the deficit. JC Barrott walked, Eli Thomas lined a single to center field and Zack Zikmund worked a walk that loaded the bases. A passed ball then allowed Barrott to come the final ninety feet from third base to make it a 6-4 ball game.

Another run in the top of the sixth inched things even tighter. With one out, Barrott and Thomas connected for back-to-back singles, and eighth-grader Wes Ryan came through with an RBI single to center.

Cerrone came on in relief from there, and he picked up the first of three strikeouts to quell the threat in the sixth. The only ball Cerrone allowed in play was a liner that was gobbled up into the glove of second baseman Ben Bridges for the second out in the top of the seventh.

The Chargers broke out for three runs in the first, as they continued to swing hot bats that have averaged over five runs per game to start the season. Barrott led off with a double, Zikmund walked and Wes Ryan got the scoring started with a base hit to left that drove in Barrott. Senior Alexander Alvarez then connected on the first of two doubles on the day, this a liner to center that plated Zikmund. Ryan later scored on a passed ball that had Shorecrest up 3-0 before the hosts had taken their first swings.