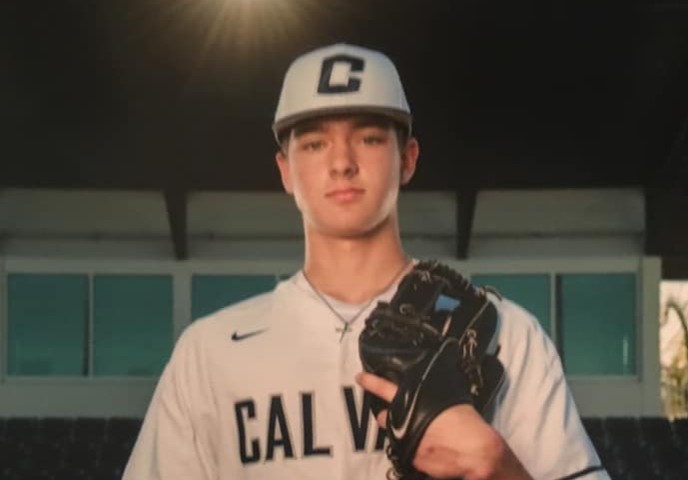 Tyler Dietz earned the win with five no-hit innings for the Calvary Christian Warriors, and Landen Maroudis and Bo Planeta closed out the no-hitter.

In high school baseball sometimes these days a no-hitter can seem less exciting. With mercy rules in place, it is more and more common to go five innings without allowing a hit during a blowout victory. Lots of pitchers have no-hitters on their resumes.

But on Thursday in Florida three different teams delivered very legitimate no-hit performances against quality competition. Two of the games came from defending state champions, and the most memorable night belonged to a lefty who has also delivered at the state tournament.

Vero Beach’s Nick Gorby went the distance for the no-no in his first start for the Indians, striking out 17 while walking one for a 4-0 win on the road at South Fork. The Texas Tech signee transferred to Vero Beach from John Carroll this season, and he was making his 27th career high school start as he begins his senior season.

“Usually I just go out there and have a mindset of just pitching. As a pitcher, you just always want to go out there and have the best start you can have,” Gorby said. “As I went there throughout the first inning I just started cruising along and I didn’t feel any problems. I just started cruising along through every inning and I painted the strike zone and I couldn’t have asked for any better performance than I did.”

Defending Class 3A state champion Lakeland Christian also celebrated a no-hitter on Thursday afternoon, a 2-0 win at Seffner Christian. Nathan Shane led the way to earn the victory with four no-hit frames, as he walked two and struck out five. Tyler Donay then earned the save and preserved the no-no with three hitless innings in which he allowed two walks, hit two batters and struck out five.

Also joining the party was defending Class 4A state champion Calvary Christian Clearwater, as the Warriors earned a 5-0 win at home over the Countryside Cougars. Dietz earned the victory, striking out five and walking two in five no-hit innings. Maroudis allowed a walk and a hit batter, and struck out one in the sixth, and Planeta did not allow a base runner while striking out one to preserve the no-hit bid.

With it being so early in the season, defenders are just as eager to get some work in. But in Gorby’s case, he retired all but four batters himself. 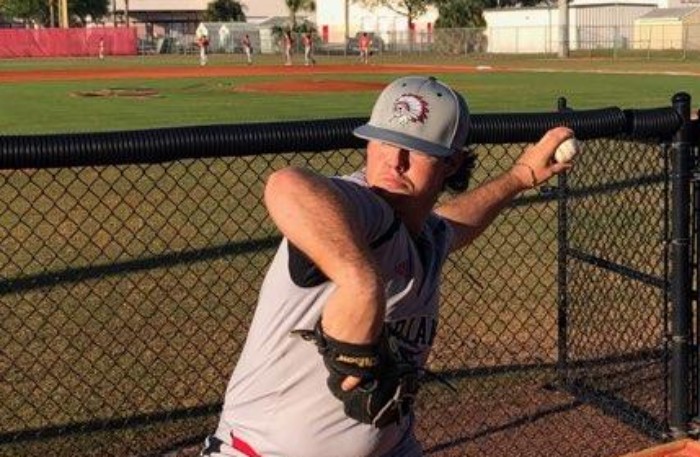 Nick Gorby is in his first season at Vero Beach, after an already impressive high school career at John Carroll.

“Every inning they would come out and ask me, ‘Why won’t you let them hit it? Let me get my fielding percentage up.’ I was just doing my job and putting it in the strike zone,” Gorby said. “There were a few balls put in play. We had a pop foul fly ball to first base, a ground ball to the shortstop and a fly ball to center field. They got some playing time out there as well.”

Typically this early in the year there are not many pitchers throwing no-hitters, which makes the accomplishments even more impressive. It is difficult for pitchers to be that sharp so early in the action facing opposing hitters, rarely will coaches allow their guys to go that deep in a game that early in the year, and for multiple players to also combine for a no-no in their first action of the season is a strong accomplishment.

“The conversation was going with one of my best friends, Hunter Parris, who is another left-handed pitcher for our program. He told our pitching coach, ‘You just have to let it ride. He’s cruising right now and he is breaking the school record and throwing a perfect game.’ So I had a perfect game going through six innings, but the whole talk was just that you had to let it ride,” Gorby said. “I know it is a lot of pitches for the first outing of a season, but Hunter told them that I was cruising and feeling really good doing my thing. So my pitching coach talked to me and I had 70 pitches in the top of the seventh and do I want to go, and I told him that I wanted to ride. I’m glad they didn’t pull me. I was cruising along and I just had the mindset to just go out there and compete. I felt amazing from the get-go and I was sitting at 91-92 the whole time, just painting the strike zone.”

Gorby is not the only guy who has earned the coaches trust, as several other hurlers have also thrown no-hitters across Florida in the opening ten days of the 2020 season. Gorby feels that this is going to be a dominant year for pitching, as he is friends with many of the other top pitchers around the state. He notes that many top guys are already throwing at mid-season form. So far the results are backing that statement.

One of the other more notable no-hitters this year came on Tuesday, February 18th, when Cardinal Gibbons’ Timmy Manning tossed an 8-0 no-hitter over Coral Park. Manning was also nearly perfect, walking one and striking out 16 batters.

Gorby nearly became the next Johnny Vander Meer, but was lifted early in his next outing. In his follow-up to his no-no, Gorby tossed three no-hit frames against Sebastian River, but was pulled with his team holding a commanding lead. 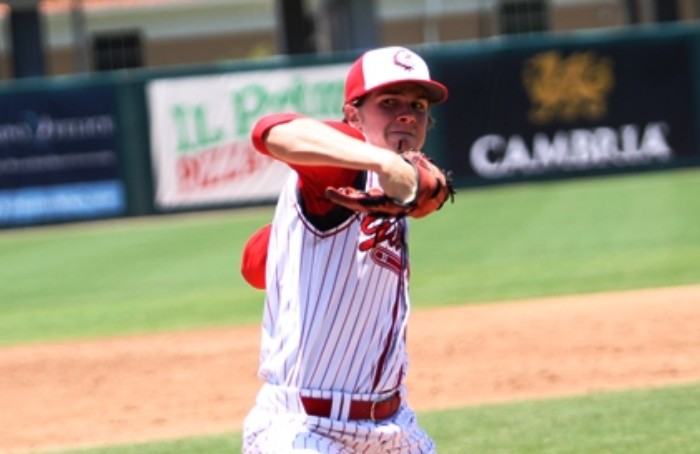 Cardinal Gibbons’ Timmy Manning, shown pitching in last year’s Class 5A state semifinal, also had a no-hitter in his first start of the season on February 18th.