Calvary Christian Back On Top Of The Mountain

Written by Anthony Uttariello on May 26th, 2019 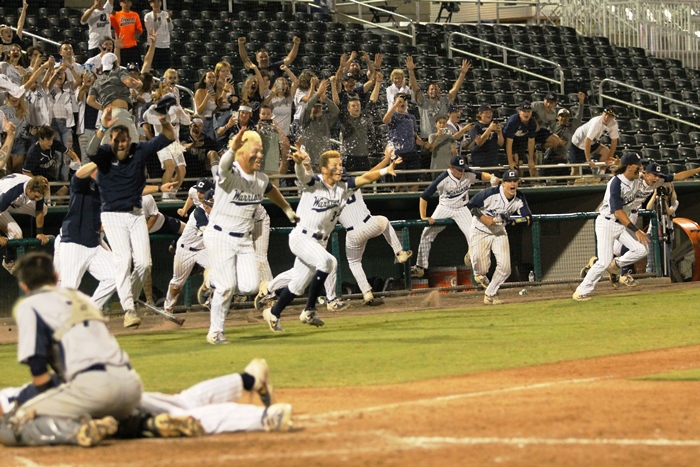 The majority of this season for Calvary Christian was spent stewing over a loss in last years state final to Calvary Christian from Broward. On Friday, they took care of the team that broke their 60 game winning streak, and on Saturday there was just one piece of history left to write.

The Warriors faced American Heritage in the 4A championship game, and after a Charles Stevens fielder’s choice ground ball scored Peter Stavrakos in the bottom of the seventh, Calvary had completed their redemption tour and recaptured the 4A title.

“All year we were focused on getting back here and beating Calvary,” said Stevens. “Then after we did that yesterday, we knew we had one more game to finish off to complete our mission for the season. Tonight was a great game between two great teams, and I am overjoyed that we came out on top.”

For Heritage, a season in which they went 29-3 ended bitterly, but the team gained the respect of many along the way, including winning Manager Greg Olsen.

“Their coach (Carm Mazza) has been doing this for a long time, and he is one of the most respected coaches in the state for how he runs his program and the class they show. He is also a great coach, and his teams are always prepared. Tonight was a great game, and my hat goes off to both teams. I feel great for our guys, but having lost last year here, I also know and respect what they are going through over there.” 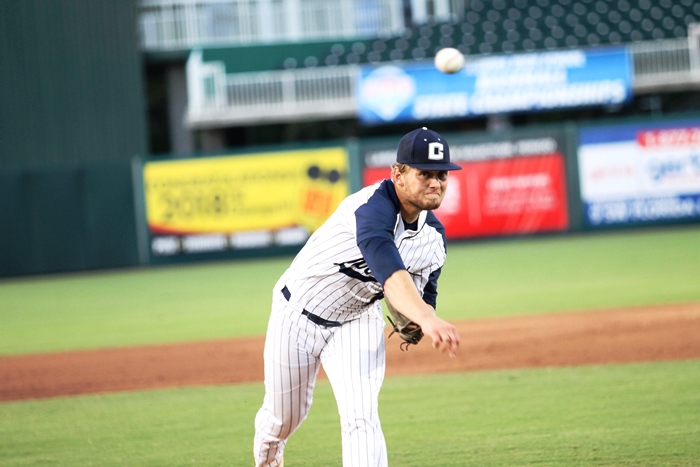 What the Stallions were going through in the immediate aftermath of the walk-off win was the pain that comes with getting so close and falling short. Starting pitcher Carmine Lane threw six innings, allowing only a first inning run, and left the game after the sixth due to pitch count.

“The toughest part of tonight is knowing all the work these guys put in, and saying goodbye to the seniors,” said Mazza. “There were a lot of tears. This group was a special group, and tonight the breaks just didn’t go our way.”

One of the reasons the Stallions didn’t reach their goal was Warriors starting pitcher Josh Emerson. The senior worked into the seventh inning before being removed with two outs due to pitch count. Emerson gave up one run on the night, and worked through a flu he developed earlier in the week.

“I was sick all week, and I lost some weight, so I was not my full self out there tonight,” said Emerson. “But I knew after the heartache we had last year that I needed to work through it and do everything I could to get through the game for my teammates.” 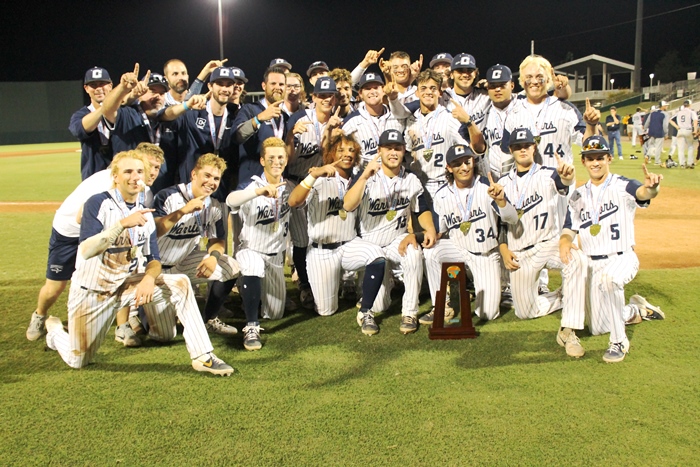 The runs Saturday were few and far between. The Warriors scored in the first when Tommy White doubled down the right field line, scoring Sam Gordon, who had reached on a bunt single. On the play, Heritage lost first baseman Chris Ferara to a left arm injury when the throw brought him into the running lane of Gordon and the two collided.

In the top of the fourth, bailey Uderitz walked, and Lane doubled. Uderitz then scored on a groundout by Steven Andrews, tying the game at one. The game stayed that way until Stevens fielders choice in the seventh.

“This really feels good,” said Emerson. “With the history we have here, every year we hear that we can’t win because of the players that graduated the year before. We started early in the year and had to grow as a team, and to end up where we did tonight is a true blessing and a reflection of all the hard work we put in.”

The Warriors have now won two of the past three state titles in a classification that many believe is the best in the state.

“This year, any of the four teams that came here could have won the title,” said Olsen. “We are blessed that we were the ones that came out on top.”