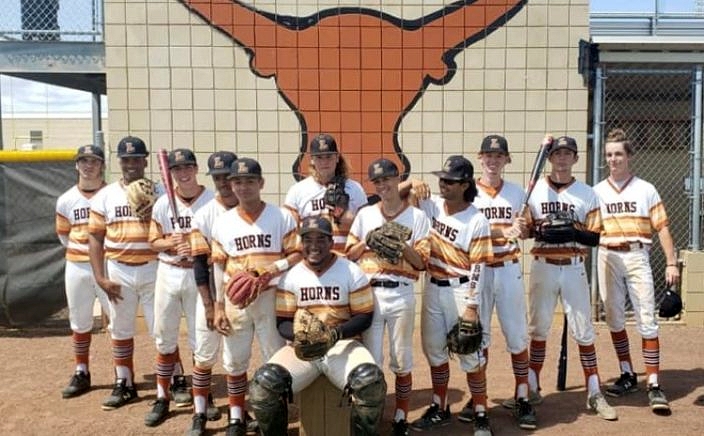 The Lennard Longhorns pose for a team picture at their field. *Photo courtesy of Yazael Nunez.

The Lennard Longhorns are enjoying a historic season in 2019, and the best may still be to come. The Longhorns improved to 13-3 on the year following a 3-2 victory over Strawberry Crest on Saturday, as the team continues to forge new ground for the program. With just six games remaining in the season the club is already assured of its first winning record in the 13 years of the program.

Lennard has been on the rise over the past few years under manager Kennedy Duran, who has been at the helm since the team first began play in 2007. The club set new highs in victories each of the last few seasons, including 11-12 finishes the last two years that tied for the best record all time. Now those marks have all been vastly out-distanced by this year’s team.

“This season is different because we are playing for each other,” Duran said. “I might have had more talent on previous teams, but this team loves to be around each other. I think this group buys in on what we have been teaching for the past four years they have come up together. They all feel they are a part of us; they don’t demand respect, they earn every little bit of it. They also have a ‘make-it-happen’ attitude. Communication amongst teenagers doesn’t always occur naturally, but on this team everyone’s idea seems to be heard. It’s a close-knit group and guys are happier when their friend does well, more than for themselves.”

Lennard has itself in excellent position for the district playoffs, as the team earned the top seed in 7A District 9 following it’s 12-1 win over Braden River on Thursday. The Longhorns are 6-0 in district play and will earn a favorable match up when the playoffs begin. Levi Montero is currently the top hitter in the district, with a .522 batting average, while Yazael Nunez has been one of the top pitcher’s in the region. Nunez is currently tied in the Tampa Pitching Leaders with 64 strikeouts in 35.1 innings pitched.