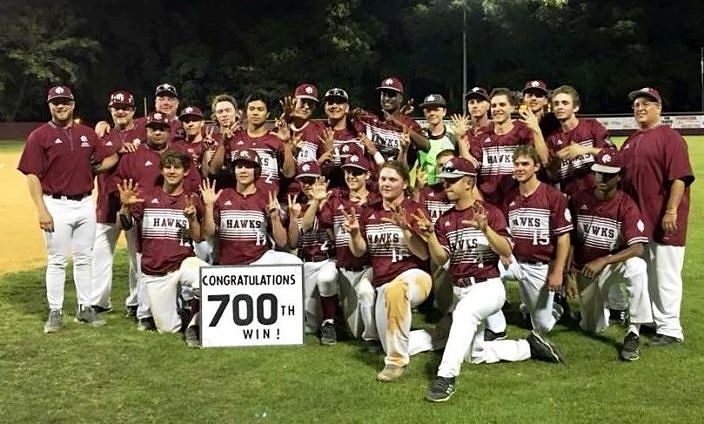 Santa Fe Catholic manager admitted that the meal in the celebration dinner tasted an awful lot better after the win than it might have had things gone the way they appeared to on Thursday night. With post-game plans already in place to salute the program’s senior class, the night became even sweeter for the team after the Hawks rallied back for a 5-4, walk-off victory over Kathleen that earned Saliba his 700th career coaching victory.

“I’ve been around a long time, so I guess that is how it works,” Saliba joked. “It’s my 35th year and I’ve been fortunate to have a lot of good assistant coaches and a lot of good players. We were able to win a lot more than we lost and hopefully we will continue to do that for a little while longer. We’ll see what happens. I’m happy for our kids; they’ve been playing pretty well.”

Down by two runs in the final inning, Santa Fe Catholic (19-6) managed to score three times off a few hits and a walk. The winning run came home thanks to a sac-fly RBI off the bat of senior veteran Nic Tamayo. The Hawks closed out the regular season with six straight wins, and they also won nine of their final ten games. While that streak was nearly disrupted, in the end the club now carries as much positive momentum as anyone heading into the playoffs. 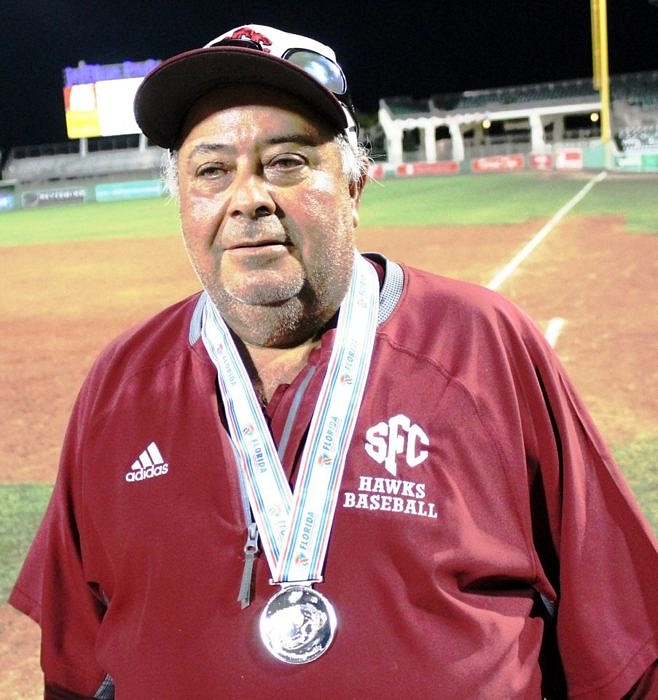 “It wasn’t as easy we would hope it would be, because we had beaten them earlier OK, but sometimes things don’t bounce your way,” Saliba said. “We weren’t playing our best baseball, but this group of kids doesn’t quit. We were able to scrap some stuff together and pull it out. We didn’t play too well early, and we made a few mistakes and dug a hole. But we fought back. We’ve had a couple of those this year where we’ve been fortunate to win it there in the last inning, and it adds to the excitement. We’ve got a very tough district tournament coming up, so it’s going to be a dogfight and we’ll see what happens.”

Over the many years Coach Saliba has enjoyed countless happy memories on the baseball field. He is well-known for his easy-going personality, and the players exhibit the love they have for their skipper in the way the team performs every season for him. Only two years ago the team made it all the way to the state championship for the first time since 1995, and even all these years later Saliba can still remember his first career coaching victory like it was just yesterday.

“It was against Lake Wales in 1984,” Saliba recalled. “I was coaching at Winter Haven High then. There have been some great times and some great kids, and I was fortunate to have two sons that played for me. My son, John, threw a no-hitter one night, and being there on the sidelines and being able to coach that was a real thrill.”