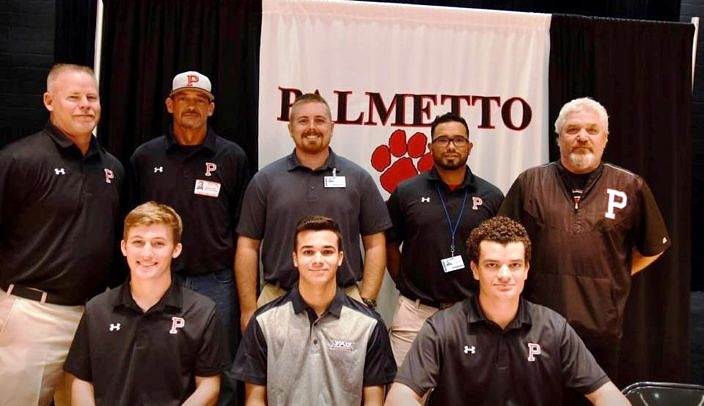 Lifelong dreams have been finally realized this week as student-athletes across the nation signed their commitment to their colleges of choice, as part of the National Early Signing Period. Here in Florida, dozens of baseball players across the state seized their moment to sign their commitment in special ceremonies with families, friends and supporters. The signing process can be challenging and arduous, but this week marks that moment when signees finally cross the finish line and finalize their dream of attending college and competing in college athletics.

For many senior baseball players across the Tampa area, this week marked the moment they crossed the finish line and finalized the college process. Players signed at ceremonies with family, friends, coaches and administrators all throughout the week.

The 4A state-champion Calvary Christian Warriors celebrated a trio of signees, as Justin Bench signed with the University of Mississippi, Eric Kennedy with the University of Texas and Matheu Nelson with Florida State University. Earlier this week the program was shocked with the sudden, tragic passing of former MLB All star and current Pitching Coach Roy Halladay, who was killed in a plane crash, and one can only hope the positive emotions of the signings help as the team grieves and copes together. 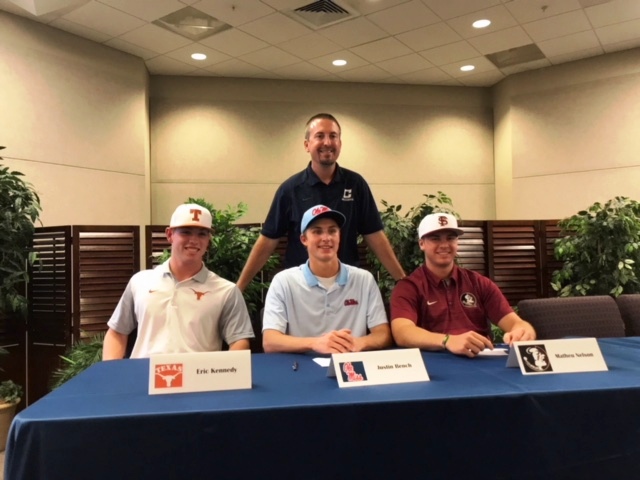 The Palmetto Tigers also celebrated a trio of future college ball players. Jacob Josey is headed to Florida Atlantic University, Logan Frasier to State College of Florida and Colton Vincent to the College of Central Florida. Just two seasons removed from the Class 8A state championship, Steinbrenner’s Noah Luke became another member of that championship team to sign as he inked with Pasco Hernando State College. Also signing from Steinbrenner were Jordan Lala (University of Miami) and Huston Richter (St. Leo University).