Sarasota’ Journey For Ninth Title Ends In 8A Semifinal Loss 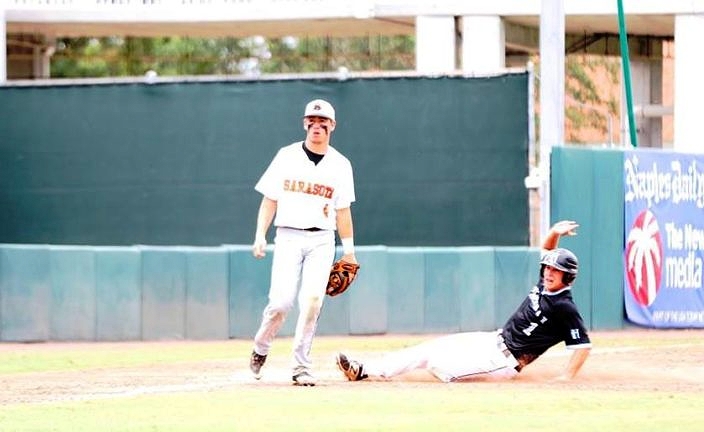 Last year, it took a hellacious comeback for the Hagerty baseball team to advance to the 8A championship game. This time around, the Huskies made sure that no comeback was necessary.

“These guys played a good baseball game today, and that’s what we talk about is to win the day,” Hagerty manager Matt Cleveland said.

The Huskies wasted no time making their mark on Friday afternoon. Brian Ellis worked a walk leading off the bottom of the first against Sarasota starter Brooks Larson. Cameron Beams followed with a single, and Riley Greene tripled down the right-field line, scoring Ellis and Beams.

A Britt Crawford groundout extended the opening frame lead to 3-0.

That was all the runs Huskies starter Bailey Wendel needed. Wendel went the distance, scattering four hits, while striking out five and walking one. 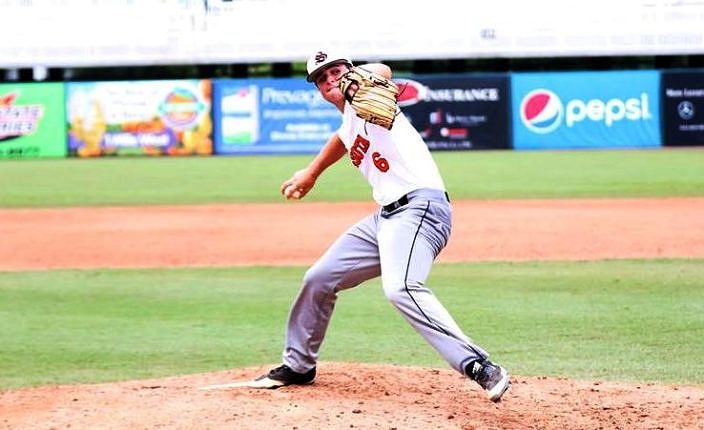 Alex Ballard delivers a pitch after coming on in relief for Sarasota.

“Bailey Wendel has great stuff and he has pitched in a lot of big games in his career,” Cleveland said. “I just told him last week that I’m not worried. We’ll give you the ball and you go do your job. That’s exactly what he did. They hit some balls hard, but we have good defenders and they made plays.”

While Wendel was cruising, Hagerty’s offense added to their lead in the third. Ellis again began the rally with a walk. After a strikeout, Greene walked. A Crawford flyout moved runners to second and third, and a Cameron Alba single plated Hagerty’s fourth and fifth runs of the game.

In the fifth, the Huskies put the game out of reach. Vaughn Grissom joined the offensive attack with a one out single. Zach Grabbe then doubled to left, scoring Grissom. After Vince Phillips worked a walk, Steven Markowitz closed the scoring for the day with an RBI single.

The hit capped a balanced attack from the Huskies offense.

“Our at-bats were good all day,” Cleveland said. “We made the guy work, we didn’t fish and I can think of only one or two outs that we actually gave away. When you do that, you put yourself in good situations. We had guys on in every inning and it was just a well-played baseball game.” 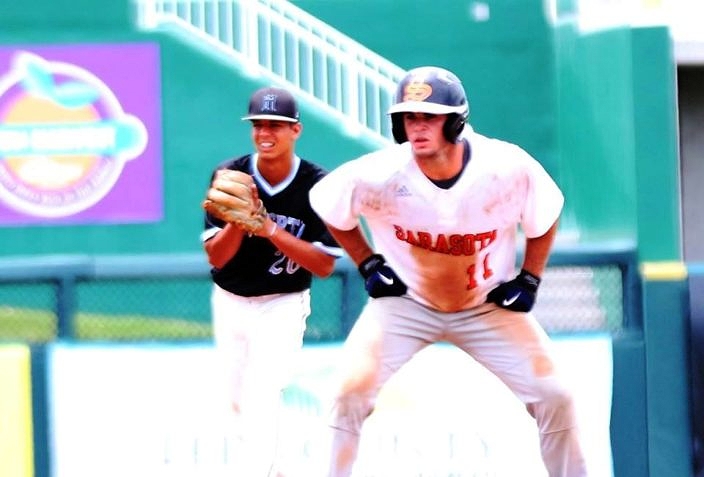 Joey Arnold went 2-for-3 for the Sailors.

Although the team returns to the state finals, they will do so under the guidance of new Manager Cleveland, who took over for Jered Goodwin. So will the Huskies do anything differently this time around to try and capture their first-ever state title.

For Sarasota, their quest to capture the schools ninth state title fell short. However, the loss did not diminish what was a successful 2017 campaign in which they went 22-9.

“Hagerty played a great game and I tip my hat to Hagerty; I wish them nothing but the best,” Sarasota manager Clyde Metcalf said. “But I’m very, very proud of how far this ball club came this year. It sure wasn’t for lack of heart or lack of effort, because these kids played until the last out. That is what they have done all year long. Today it got to be too big of a spread and got to be too insurmountable.”

Coach Metcalf has seen more than his share of success during his time at the helm of the Sailors’ program. Coming out of arguably the toughest 8A region in the state, Sarasota continued that tradition of playing its best baseball when it counts the most.

“They have tremendous heart and tremendous desire,” Metcalf said. “They played together as a team as well as any team that I’ve ever coached in 36 years at Sarasota High. These kids played with incredible intensity and heart.”