Four-Run Third Leads Hillsborough Past King For 7A-8 Title 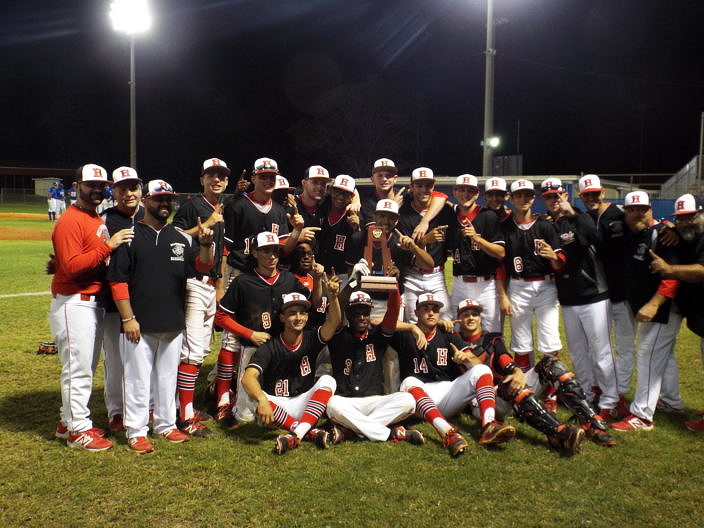 A 20-minute rain delay was not about the keep the Hillsborough Terriers from their quest for their first district championship since 2006. The rain began falling hard in the top of the third inning with the game knotted at one, and when the teams returned to the field, the Terriers’ bats came alive.

Senior Tim Elko’s second RBI of the game drove in the go-ahead run in the bottom of the third and moments later, a two-RBI single from Antonio Jenkins broke things wide open. The Terriers tacked on three more runs and starting pitcher Jarrod Cande stymied the King Lions’ offense, as the Terriers cruised to a 7-2 victory over the Lions to clinch the 7A-8 championship Friday night.

“Jarrod and Tim are two of the hardest-working kids,” said Terriers’ manager Kenny White. “In the classroom, out of the classroom, on the field, off the field, they really put the work in and deserve it all. Wednesday night was very similar to tonight. We had a two-hour rain delay but still came back out and won a ballgame. We had to deal with a bit of adversity today with the weather, but again, getting runs early and putting the pressure on them is critical. They got a base hit in the first and then we threw the guy out at second; that really set the tone for this game early on. We are going to celebrate until about midnight and then get ready to go for the regionals.” 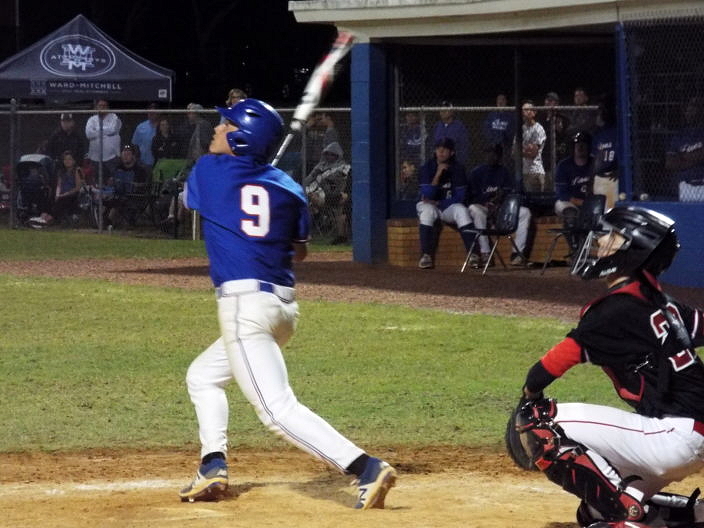 Five different players had a multi-hit game for the Terriers (20-4) who outhit the Lions 12-7 on the night. Ryan Romano, Quintin Graham, Jenkins, Cande and Elko all had two hits a piece, but it was Cande’s name that was all over the box score. Cande reached base three times with two hits, both doubles, and a walk, scoring three times to lead the Terriers.

“A rain delay can be difficult to come back from,” said Elko. “It stops the game and slows the game down. But normally, whoever comes out and is able to get a couple runs or hits early comes away with the victory, and that’s what we did tonight. We knew that and we tried to get ahead quick.”

Cande also picked up the victory on the mound, allowing one run on five hits in four-and-a-third innings, striking out three batters. Cande was a ground-out machine as he relied on his defense to make every routine play, and they delivered. Cande was relieved in the fifth inning by Elko, who was perfect through one-and-two-thirds innings of work, striking out one in the process. Nick Romano was called upon for the final inning, and, despite allowing a run, he struck out two batters to lock down the victory for the Terriers.

“I felt great coming out of the rain delay,” said Cande. “I usually get more loose once the game goes on, so once I got back out there after the delay I felt one-hundred percent refreshed. We came out of the break swinging tonight. As long as we do that, no matter what, we are usually in pretty good shape. A rain delay is not going to stop us. We are going to celebrate for a bit, but I’ll probably be back at it tomorrow, working out.” 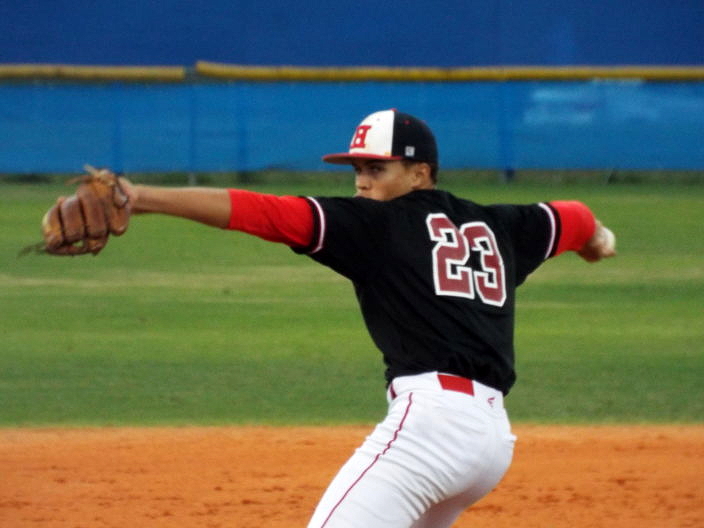 Jarrod Cande winds-up to deliver a pitch in the 7-2 victory Friday night.

The rain delay could not have come at a worse time for the Lions (14-10), who tallied four of their five hits before Mother Nature interrupted. Back-to-back doubles to lead off the top of the third inning tied the game at one before the rain hit. After that, just two base runners reached the rest of the way for the Lions. Dehreon Pressley led the offense, going 3-for-4, and his double in the third briefly tied the game before the bats went quiet. Jamarcus Lyons, Zarrian Brinson, Bryce Pennington and Jaquez McIntyre all had a hit for King.

“The timing of the delay was unfortunate, but hey, they have a real good club over there,” said Lions manager Jim Macaluso Sr. “From January, I said I thought they were the best club in the district and they showed it. They have a lot of seniors on that team and they did a real nice job.”

Despite the tough defeat in the district championship, the season is not over for the Lions, who intend to regroup for the regional playoffs. Having been the leader of the dugout for over four decades, Coach Macaluso reminded his club that the bigger goal is still attainable.

“Fortunately it is not win-or-go-home yet, and I told our kids that,” said Macaluso. “I told them that we have been in this situation before, and got to the regional finals after being the runner-up in the district tournament. You have to believe that everybody is a 0-0 and go from there.”