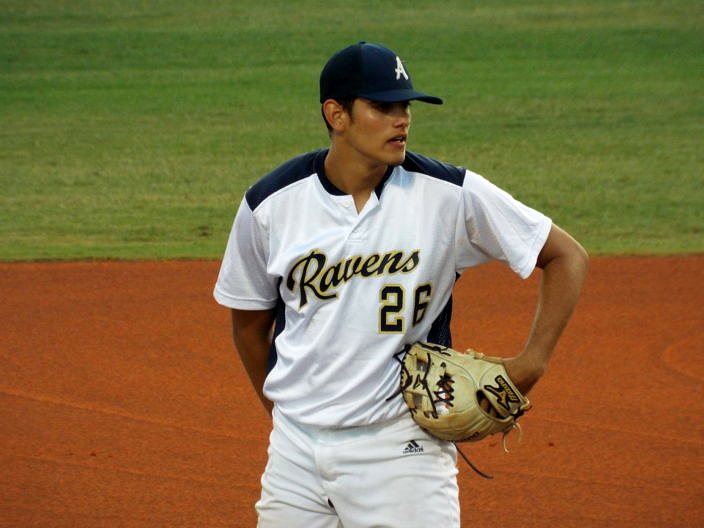 In a game destined to be low-scoring, Jordan Butler and the Alonso Ravens found themselves down a run to the Newsome Wolves. With two outs in the bottom of the fourth, Butler sent the home crowd into a frenzy as he launched a three-run home run high over the right-field wall, giving the Ravens a lead they did not surrender. Ravens’ starter Franco Aleman did the rest, tossing a complete-game gem to lead the Ravens to a 4-1 victory, clinching the 9A-8 championship on Thursday night.

Butler’s sixth home run of the season was perhaps his biggest of the year for the Ravens (20-7) as he led the way on offense all night, going 3-for-3 at the plate. What could of been a game-altering misplay, turned into the catalyst for a dramatic championship moment for Butler.

“I felt the pressure was on me to do something big when I came to the plate with the runners on first and second,” Butler said. “Fortunately, I got the pitch inside and I just turned on it, and luckily it made it over. We are going to enjoy this win tonight, but we know afterwards its just straight business because now its win or go home.”

Fortunately for the Wolves (16-9) it is not win or go home quite yet, but the opportunity to win a district championship was well within their grasp. Senior Cody Shook had a 2-for-3 night at the plate and scored the lone Newsome run.

Wolves’ starter Will Ohme started strong but took the loss. Ohme racked up five strikeouts in the six-inning performance, but he could not escape the clutch-hitting of Jordan Butler. That was something Wolves’ manager Dick Rohrberg emphasized to his team pregame. 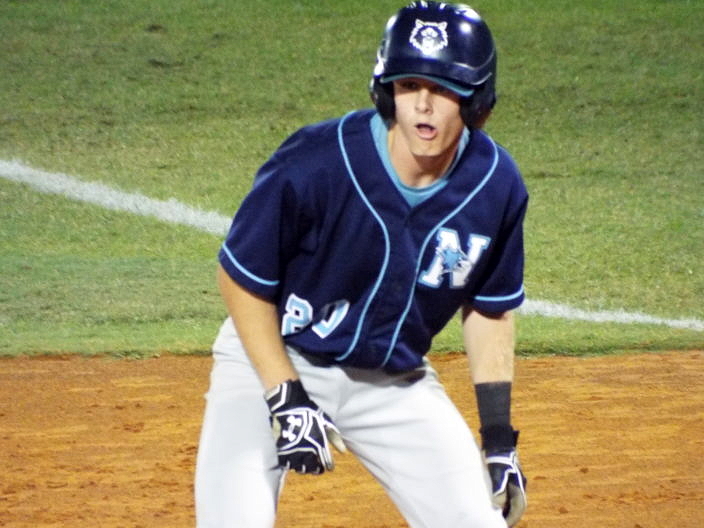 Tyler Rohrberg takes a lead from first after reaching base on a walk in Thursday’s 4-1 loss to Alonso.

“We let Jordan Butler beat us tonight and we came into the game saying we weren’t going to let that happen,” said Rohrberg. “We need to stay positive moving forward. The Ravens have a really good team and you have to play a clean game against them, and we didn’t tonight. We made some mistakes. We made a few errors, a couple base-running mistakes, and threw a few bad pitches. We got two quick outs in a couple of innings and then let guys get on base, and you can’t expect to beat a good team like Alonso when that happens.”

Missed opportunities doomed the Wolves, as they allowed three runs with two outs and left five runners on base on offense. Zach Benson was the only player besides Shook to tally a hit, going 1-for-3 on the night.

Butler’s flair for the dramatic overshadowed another dominate performance by a Ravens’ player. Franco Aleman took the ball for the Ravens and kept the Wolves hitters at-bay, allowing just one run on three hits. He walked one and struck out four in just under 100 pitches to lead his team to a championship.

“This is a great feeling heading into regionals,” said Aleman. “It was a great team win. We had to stay strong mentally all night. It was great to see Jordan come through with the big hit. We are going to be ready for next week when regionals start.”

Jared DeSantolo collected the only other hits for the Ravens on the night, with one being a double that nearly cleared the fence for the second home run of the game. Jose Ciccarello, Nick Gonzalez and Ryan Drumheller all joined Butler in scoring a run each in the victory. 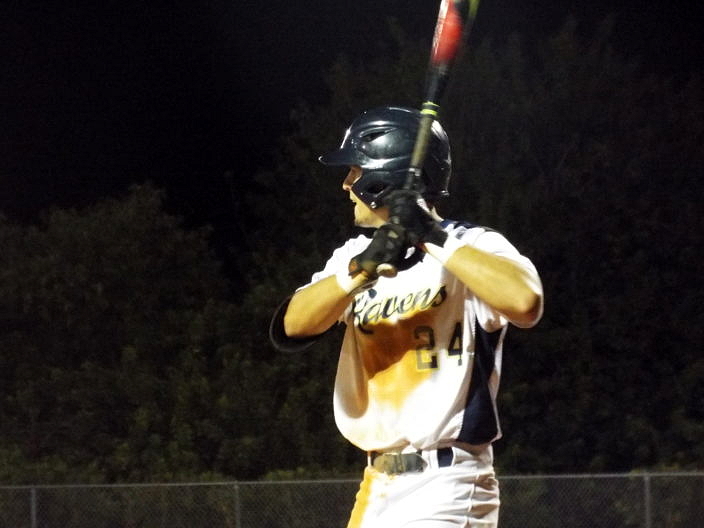 Jared DeSantolo reached base twice in the victory, going 2-for-3 with a double.

“Jordan Butler, what can you say, he’s a player,” said Ravens’ manager Landy Faedo. “We have to keep doing what we have been doing all year. We have to go out there and have a great pitching performance like tonight, play sound defense and take advantage of opportunities as they arise throughout the game.”

The celebration will continue for at least the night, but the entire team is locked in as the regionals present a whole new challenge as they enter the do-or-die part of the season. Butler will try to be the hero again, as he is slated to start the first game of the regionals next week as the Ravens look to take one step closer to returning the state tournament in Fort Myers.