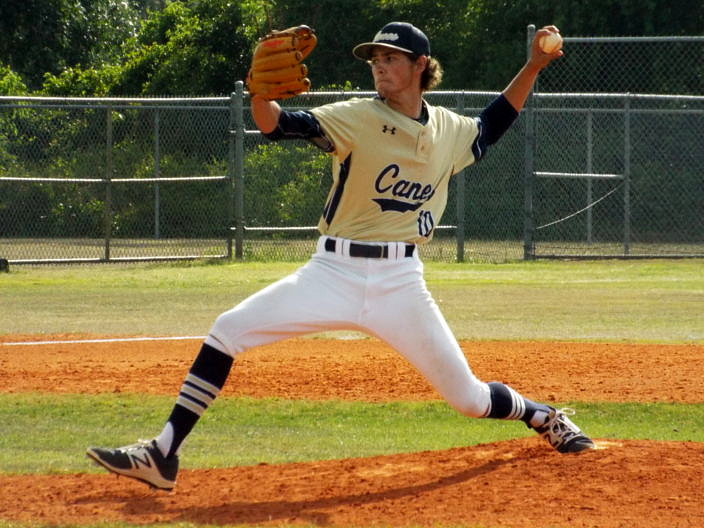 Having to play a doubleheader on day two of the inaugural Bishop Bash Tournament did nothing to temper the bats of the tournament host Bishop McLaughlin Hurricanes on Tuesday. Bishop McLaughlin took both games to advance to Wednesday’s championship game, where it will face the Belen Jesuit Wolverines.

The Hurricanes showed no fatigue after holding off Cardinal Gibbons 3-2 in the opener, coming out of the gate mashing the ball to the tune of five hits and six runs in the first inning of game two. Adam Berry’s two-RBI single led the way and Preston Perez stymied the Springstead Eagles’ offense the rest of the game on the mound and the Hurricanes held on for a 10-5 victory.

“We won the first game today with just one hit, so it was nice to come out and erase that early,” said Hurricanes’ manager Jeff Swymer. “We can still hit, but for whatever reason we have been struggling at the plate lately, and it was nice to get a six-run cushion early.”

Adam Berry was one-of-seven players to tally an RBI for the Hurricanes (15-7), with Shafer MaGee the only other player to join Berry in driving in two on the afternoon. The Hurricanes spread the wealth in the runs-scored department, as well. Eight different players crossed the plate, led by Chris Berglund and Paul Coumoulos with two runs each. Hunter Green, Thomas Sutton and Jared Rodriguez joined Berry and Magee with a run apiece to comprise the other six runs for the Hurricanes.

“It was important for us to start fast, especially after losing to Springstead early in the season,” said Berry. “To jump right on them from the start and get some runs on the board was good for us. We already had a ton of confidence coming into today’s games and now we feel good going into the finals.” 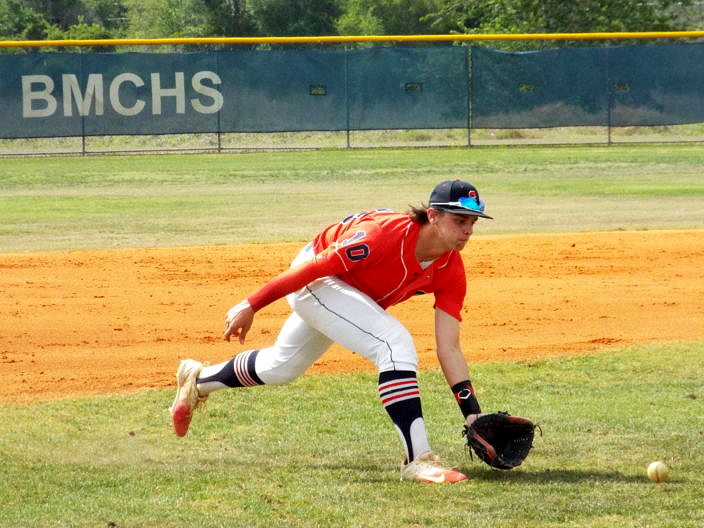 Third baseman Dakota Blevens makes a play for the Eagles on a hard-hit ground ball.

The Eagles (17-5) opened the year with a 5-1 victory over the Hurricanes, and, despite falling behind by six early, led a ferocious comeback in the bottom half of the first inning. Max Glenn and Dakota Blevens got things started with back-to-back hits to lead off the inning. After Blevens’ double got both players in scoring position, they scored the first two runs of the game for the Eagles. Joey Delgatto and Dominic Marrone added a run apiece in the inning and the Eagles closed to within two.

The two-run deficit quickly grew larger as the Hurricanes got back two runs in the top of the second, and they added two more runs over the last five innings to increase their total to 10 on the afternoon. After tying a team-record with their eleventh win in-a-row with their victory over Cardinal Gibbons earlier in the tournament, Springstead’s quest for their twelfth fell short on a night that they were outhit 12-7 by the Hurricanes.

“We have to go to work,” said third-year Eagles’ manager Shawn Laferty. “We have to get back on track with the district tournament coming up, that’s the key. We just need to flush this game from our memory and move on. Jeff Swymer manages a great Hurricanes team, they are great guys over there, and hopefully this will help them moving forward.”

Blevens and Glenn each ended the night going 2-for-4 at the plate. Kevin Tomas had a solid night in relief for the Eagles, striking out four and allowing just two runs on four hits in the final five-and-a-third innings. 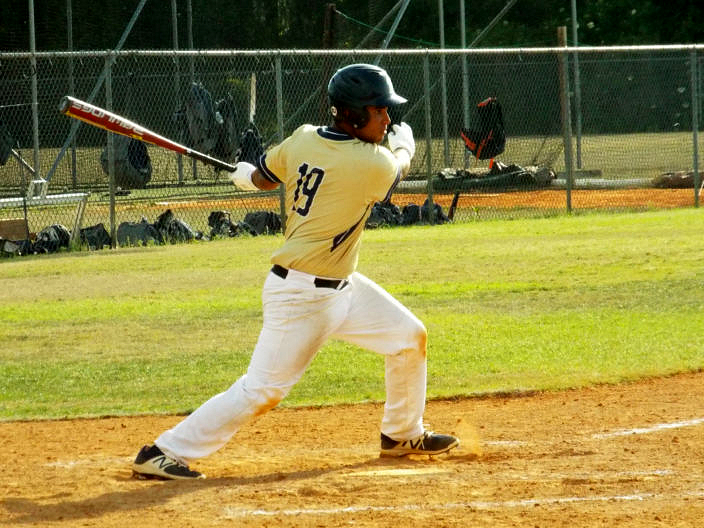 Hunter Green had a 1-for-3 night with a walk and a run scored in the Hurricanes’ 10-5 victory.

Both teams’ starters got chased early in the game after 12 runs were scored over the first two innings. Just like the Eagles, the Hurricanes relied on a long relief appearance to secure the victory. Preston Perez came in with two outs in the first and went the rest of the way, allowing just one run on two hits, while punching out five Eagles’ batters to pick up his second win of the season.

“We came out in the first inning and scored all those runs and had a ton of energy,” said Perez. “I really wanted to keep that energy going on the mound throughout the game and keep focused on my stuff. My fastball was locating really well tonight, so I was happy about that.”

The Hurricanes stretched their winning streak to six games and now have their sights set on the Bishop Bash Championship to go along with lucky number seven. They will square-off with Belen Jesuit after their 5-4 win over Nature Coast Tech in the night-cap on Tuesday, guaranteeing a memorable title-bout in the Bishop Bash tournament. 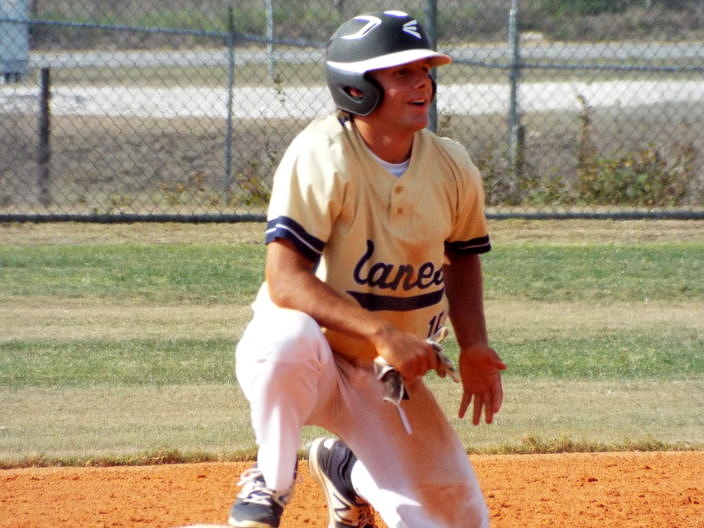 Shafer Magee drove in two and scored a run for the Hurricanes in Tuesday afternoons victory.