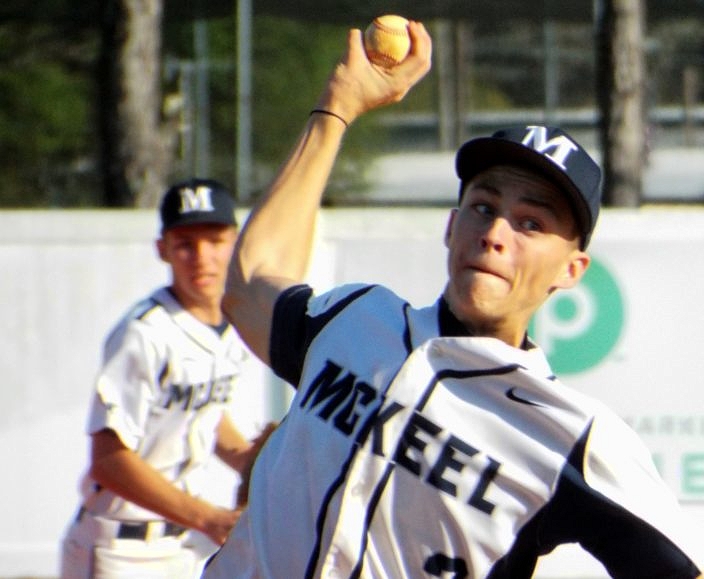 Cody Woodring went the distance for Wildcats, striking out seven in the complete game shutout.

The McKeel Academy Wildcats had Friday circled on their schedule, as they hosted their 5A-10 rivals and the defending district champion Avon Park Red Devils Friday afternoon. The Red Devils have bested the Wildcats in the district championship in each of the past three seasons, but Friday was a whole different story.

The Wildcats opened the scoring early, grabbing a four-run lead in the early innings, and turned the ball over to Cody Woodring, who stymied the Red Devils en route to a 10-0 district victory.

With one swing of the bat, Bryce Barter gave the Wildcats (5-3, 2-1) a 2-0 lead in the top of the first inning with a double deep to center field. The two-out hit brought home Josh Jano and Blaine Wellslager, the first of two runs scored for each player on the night. It was just the beginning of a monster night for the senior. Barter led the team, going 3-for-4 with two runs scored and four RBIs, highlighted by a lead-off home run launched deep into left field in the bottom of the fifth.

“When you have a really good game it really boosts your confidence,” said Barter. “It energizes the entire team. We jumped on them from the very beginning and it set the tone for the game and we took it from there.”

The Red Devils (4-2, 2-1) came into the game with a zero in the loss column, but were unable to break through against the Wildcats’ pitching. First baseman Abdiel Flores led the way on offense for the Red Devils, going 2-for-3 on the night. Adarius Council, Jacob Page, and Dalton Whitman tallied the other three hits for the Red Devils, but unfortunately the hits didn’t translate to runs as they stranded seven base runners on the night.

Avon Park came close to breaking through in the top of the fifth, down six, with the bases loaded and two outs, but a pop up to the infield ended any chance for runs.

“It’s been us and them the last three years in the district game and you can see how it adds up,” said Red Devils’ Manager Whit Cornell. “We had a couple injuries this week that forced us to change the lineup a bit, but they hit the ball well. However, we left nine guys on base. We usually find a way to score runs but their guy pitched a good game and they play hard. They hit a lot of balls that weren’t at us and we hit balls right to them. We have a good team and we are just going to keep working.” 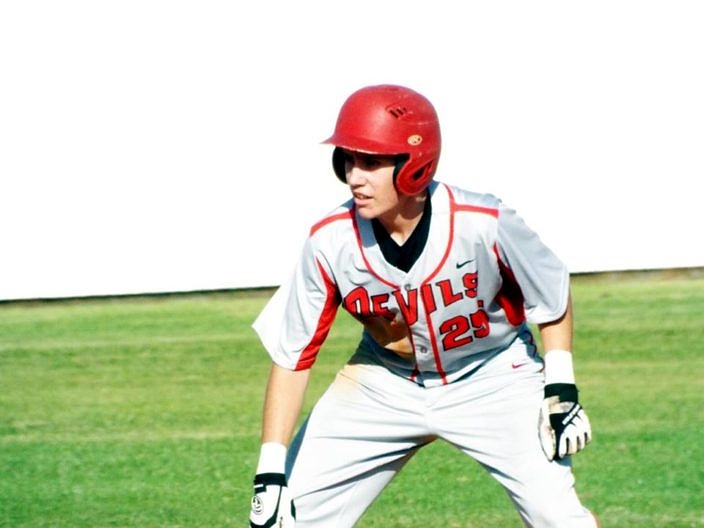 Cody Woodring was the cause of a lot of the Red Devils’ struggles on offense. Woodring was on from the beginning, setting the Red Devils down in order to start the game. The right-hander allowed just five hits in six innings, walking only one and striking out seven in the dominant performance. He even helped his own cause by going 2-for-4 at the plate, including a hard-hit double in the fifth inning.

“I think the biggest thing is confidence,” Woodring said. “The last few games we have played haven’t been the greatest, this was a real good bounce-back win for us. Everyone swung the bat well and everyone was confident today. Avon Park has always been our toughest rival and it was good to get one.”

The Wildcats were very confident at the plate, as five players tallied multi-hit games. Leadoff batter Josh Jano almost matched Barter’s night by going 2-for-4 with two runs and three RBIs. The unsung hero of the offense was the bottom third of the lineup, as Justin Burt, Dalton Lefebvre and Cody Taylor combined to go 4-for-7 with three walks, three runs and an RBI. Taylor led the group with two hits and two walks.

“We were fortunate to get some key hits early,” McKeel Manager Ron Nipper said. “But the big factor for us was the bottom of order. They got on six or seven times, and that hasn’t happened for us yet this year, and that enabled our top of the order guys to come to plate with runners on and deliver. Yesterday we did not have a good game, but there’s something about playing Avon Park that really motivates our guys. They are a first class, top-notch program, but our guys really get up for it. They are our rival and its a good rival, a friendly rivalry. But, Avon Park has won the district three years in a row and we have lost to them three years in a row in the district championship, so there is a chip on our shoulder, but in a good way.”