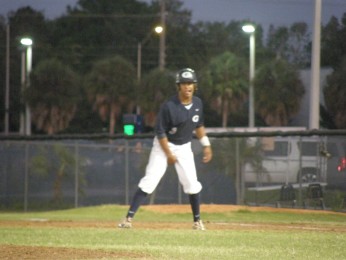 The night started with a senior celebration for the eight Gaither seniors who will graduate soon. But Bloomingdale had other plans for the Cowboys on Friday night.

The Cowboys controlled the game with left-handed pitcher Gavin Gillespie on the hill only giving up two hits through six complete innings and striking out seven. But a high pitch count meant Gillespie was done for the night, and that was when the Bulls put the pedal down on two Gaither relievers to collect four hits and three walks and rally for a 4-1 victory.

“We have lost a lot of close games this year because we just can’t seem to rally late in the games,” said Bloomingdale manager Kris Wilken. “The kids were able to play seven complete innings tonight. Hopefully this win will help build their confidence.”

Bloomingdale saved its best for the seventh inning. Shortstop Austin Jones led the inning off with a sharp single down the third base line. After a walk to catcher Chase Lackman, left fielder Bryce Hazzard was hit by a pitch to load the bases. First baseman Jett Davis walked, and that pushed the first run of the game for the Bulls (11-10). Wiley Johnson laced a single over the shortstop’s head to score the second run.

With the bases still loaded, another single by leadoff hitter Nikko Levine gave Bloomindale a 3-1 lead. The Bulls scored the fourth run of the inning on a bunt by center fielder Nate Chevalier.

The Cowboys (10-9) scored their lone run in the second inning when third base man Chipper Holland singled and advanced to third base on a throwing error. Holland scored on a double off the left field wall by first base man Ricardo Gonzalez.

Bulls starting pitcher Drew Tubb pitched well on the night, also pitching five innings and giving up one run on five hits before turning the ball over to left-hander Justin Gross. Gross was dominate in his two innings of work, giving up only one hit and no runs while on the hill.