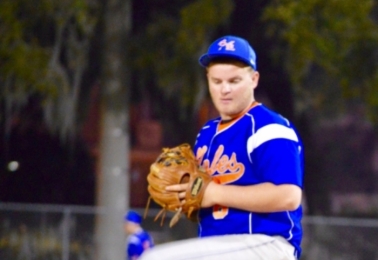 With a crisp breeze in the air Tuesday night, Southeast was able to stifle the high-powered Lakewood offense of the Spartans (4-4) and put together multiple hits to secure the 7-3 victory.

A true top to bottom effort from the entire line up and stellar pitching from Jared Cook led Southeast to its second straight win. Seven batters recorded hits for the Seminoles (2-3) and all nine players made it on base at least once during the night.

Four different players had RBIs for the visiting team, including the pitcher, helping his own cause.

“We worked really hard all week with our kids, trying to get them to see pitches and pick the right ones to hit,” said Seminole’s Manager Brett Andrzejewski, “It really paid off tonight; almost everyone got a hit.”

The offense kicked into gear at the start of the third inning. Catcher Kareem Louis drove in the first run on a opposite-field single. The bats kept ringing for the Seminoles, scoring two more runs in the third, while batting around in the order.

Another run was added in the sixth, and the final three insurance runs were added in the top half of the seventh. Cook recorded his RBI in the seventh on a sharply-hit line drive to left field, locking up the win.

Southeast was just as productive defensively as they were offensively. Third baseman McClain Powell made a beautiful catch in foul territory in the sixth inning, while Louis pick off Lakewood runner Julian Jackson trying to steal in the fourth.

“We practice our popup times every week, thats how I was able to throw out such a fast runner,” Louis said. 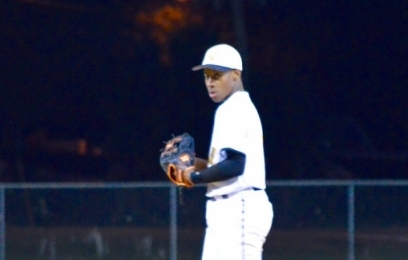 The night was capped by a seller performance by Cook. Allowing only three runs on six hits, Cook kept his pitch count down in order to throw a complete game. The fastball and changeup were really working for him and the Lakewood batters simply couldn’t get ahead in the count.

“Its not that unusual for me to pitch a complete game, but my down and away pitches were really hitting the mark, which allowed me to stay ahead,” said Cook.

Lakewood (4-4) started strong, striking first in the bottom half of the first inning. Center fielder Julian Jackson started things off on a Jamie Rubbles RBI and a solo home run by shortstop Bo Bichette. But the Spartans struggled offensively the rest of the night.

Part of the reason the Spartans had a hard time getting things going was due to Southeast’s decision to intentionally walk the power-hitter Bichette on each of his last three at bats. It was a decision that frustrated Lakewood’s Manager.

“They didn’t pitch to our guy, I understand the first two, but with such a large lead in the seventh I’m not sure why they would walk him again,” said Jayce Ganchou, “We didn’t capitalize either on certain situations and that really hurt us as well.”

Bichette’s walk in the seventh came at a time when Lakewood was putting together a small rally with runners on first and second. The decision paid off for the Seminole’s, recording the final two outs after the walk to end the game.