Booker Cruises Past Bayshore In District Match Up 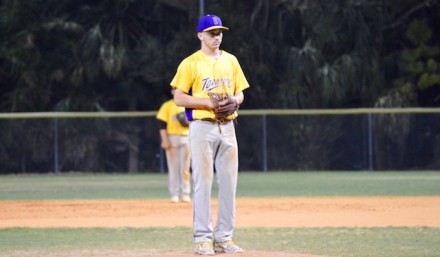 Strong offense powered Booker past district rival Bayshore in a 15-3 victory Friday night. The game, called in the sixth on the mercy-rule, was the Tornadoes’ third win this season by ten or more runs. Booker now holds a slim lead over Lakewood in the 5A-11 standings, jumping to the top spot with a 4-1 district record.

Booker (8-4) had command on both sides of the field, limiting the Bruins to just five hits while racking up 13 of their own. Tornadoes pitcher Micah Davis also contributed on defense and offense, throwing six strong innings and going 1-for-1 at the plate with a triple and three walks, scoring twice.

“The opening hit really helped me set the tone and the momentum for the game, then it was great to watch the whole team come together,” Davis said.

The Tornadoes were hot right from the start. Davis led off the game with his triple to deep left field and scored a few batters later. Booker added two more runs in the third on an RBI double that second baseman Tanner Luke crushed into the right-center gap.

Booker stepped on the gas in the fifth and never looked back, scoring eight runs in the top half of the inning and sending 12 batters to the plate. All but one batter got on base in the inning and six different batters recorded hits. Third baseman Cody Brown, who was 3-for-4 on the night, had a two-out single in the fifth to bring home two runs.

“We got a win; that’s what is most important,” said Brown. “Everyday we put in the hard work in practice and come out here and try and win games. It’s a total team effort.”

The Tornadoes added four more insurance runs in the sixth inning by being patient at the plate and drawing walks. Booker’s eye for strikes and ability to get timely hits in the inning was what manager Jeremy Schmidt was most proud of.

“We have been rolling this season,” said Schmidt, “Everything is going great for us, especially our timely hitting and situational-hitting. Those have been key to our success.” 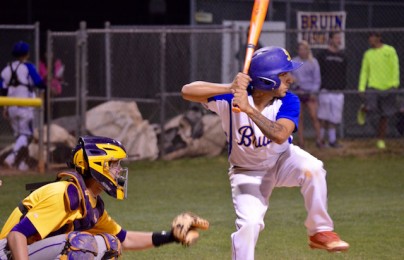 Bayshore started strong, allowing only three runs through the first three frames and getting things going offensively as well. The Bruins (3-7, 2-4) scored two runs in the home half of the fourth on a single by catcher DJ McCarthy, and it appeared that it would be a hard-fought game right to the end. But pitching struggles started in the fifth and the Bruins could not keep up with the explosiveness of the Tornadoes’ offense.

After the game Bruins manager Nolan Lofgren voiced his frustrations with the game and the current rough patch his team has hit.

“We are struggling right now. This was our first game back with our regular line up and egos got in the way,” said Lofgren, “We didn’t field the ball, we didn’t hit the ball very well, and this was a tough loss.”

Center fielder Yiesel Ur scored the final Bruins’ run from first on a long single by shortstop Kanobby McCarty. But the rally ended there and bayshore finds themselves in a tough spot in the district standings.