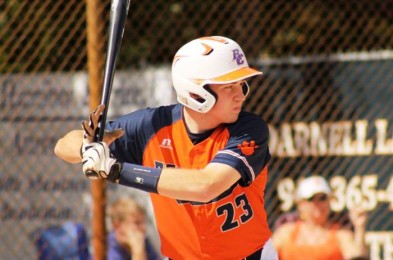 Rob Arakel was 2-for-3 with two runs at the plate, while also teaming up for a combined no-hitter.

Bradenton Christian sophomore Rob Arakel set the tone and reliever Duncan Sikkema carried the tune to the conclusion as the duo combined for a 6-0 no-hitter over visiting Imagine School on Tuesday afternoon. Arakel struck out three and walked five on 63 total pitches before exiting with one out in the fifth inning. Sikkema also struck out three while walking one, but also did not allow any hits to preserve the special accomplishment for the Panthers (4-6).

Arakel backed his performance on the mound with a nice day at the plate as well, going 2-for-3 with two runs. His single to center field helped get the offense going in the bottom of the first. Jake Lister was hit by a pitch with two outs, and advanced to third on Arakel’s single. AJ Schewe then reached on an error that allowed both runners to score, giving Bradenton Christian all the run support it would ultimately need.

Schewe also scored in the frame, coming in on a passed ball later in the inning. He also had a big day at the plate, going 2-for-3 with an RBI and two runs. After Arakel singled again in the sixth, Schewe followed with a single to left field to drive him in. Jake Geis was hit by a pitch to advance the runner, and Schewe scored again on a wild pitch. Geis also crossed the plate on an RBI groundout from Austen Kessler.

Brycen Rogers was also 2-for-2 for the Panthers.